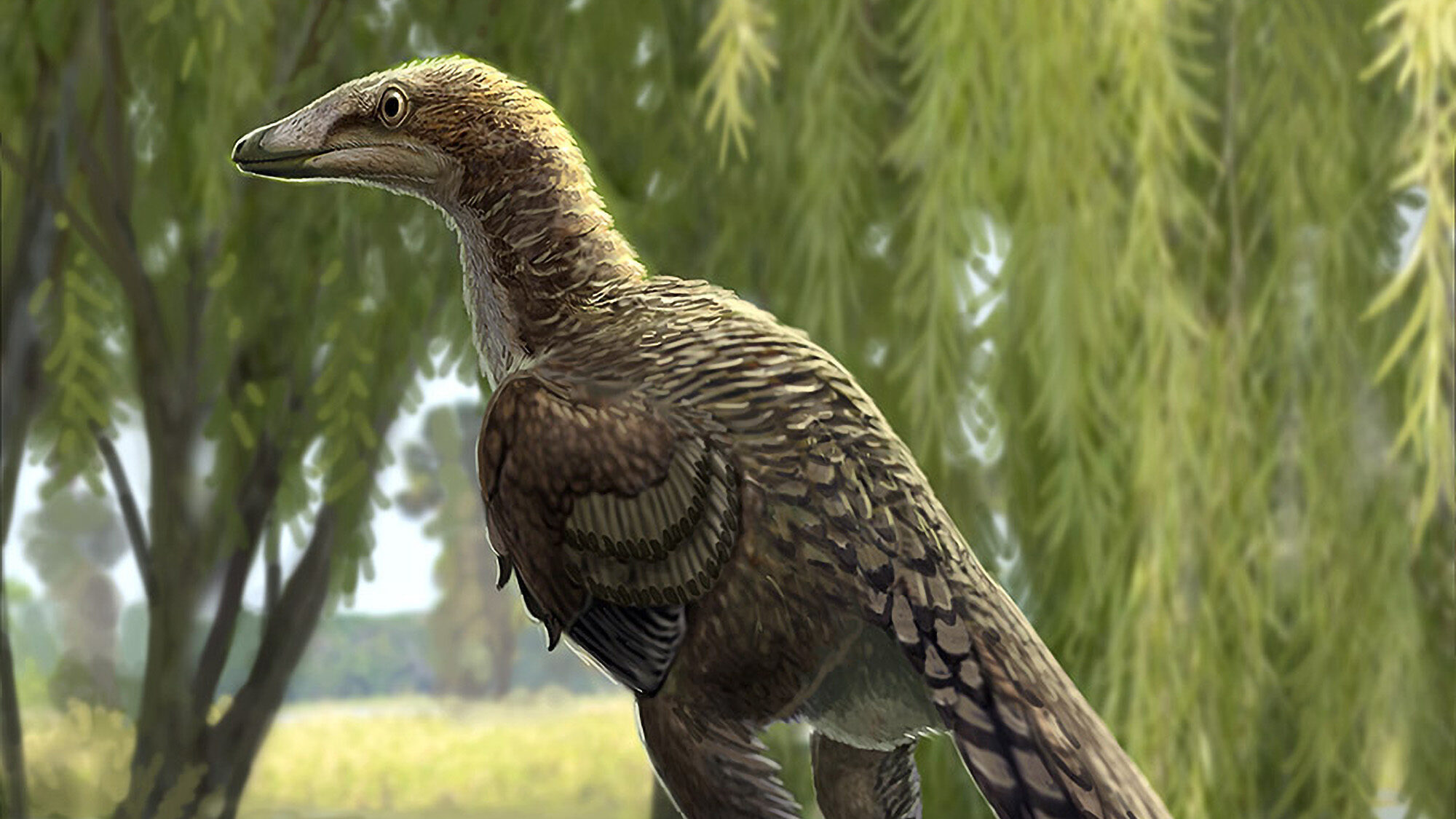 It had the appearance of “a big ugly bird,” one paleontologist says of the strange creature.
The post Scientists: Carnivorous ‘Chicken Dinosaur’ Roamed The Earth 66 Million Years Ago appeared first on Zenger News.

Scientists have new information about one of the world’s last dinosaurs and one of its strangest: a chicken-sized, feathered dinosaur that devoured small prey with dagger-sharp teeth in Spain’s Pyrenees mountains.

“We are talking about the last dinosaurs living in the world,” said Albert Sellés Garcia, a researcher at Spain’s Catalonian Miquel Crusafont Institute of Paleontology. The international team he led saw its research published in the academic journal Scientific Reports in March 2021.

The creature was warm-blooded and physically active, yet small enough to become dinner for larger dinosaurs.

The newly identified species, which paleontologists describe as a “cross between a chicken and a velociraptor,” lived near the very end of the dinosaur age, just 200,000 years before dinosaurs died off 66 million years ago.

Yet its DNA lived on. A team of researchers from Spain, Scotland and Canada say the “chicken dino” was an ancestor of modern birds. Some of its behaviors, they say, seem strikingly similar to those of ostriches.

Sellés Garcia’s discovery began when he uncovered a 4-inch foot bone lying next to a large vertebra that belonged to a different, larger dinosaur during a 2013 dig at Conca Dellà, near the village of Sant Romà d’Abella in the Spanish region of Catalonia. But he soon forgot about the mysterious small bone. It gathered dust for years in the Conca Dellà museum until 2017, when employees engaged in a modernization project spotted it while organizing artifacts. Curious, they decided to investigate the tiny clue.

Sellés Garcia soon found that the bone came from the foot of a previously unknown species that belongs to the troodontidae family, which were small, feathered, bird-like dinosaurs. Troodontidae bones have been found in North America and Asia, but this was the first such discovery in Europe.

The new dinosaur species is named Tamarro insperatus. Sellés Garcia said “Tamarro” is the name of a mythological creature thought to live in forests, hiding so well that no one can ever find it. “Insperatus” is a Latin word that means “unexpected,” like the discovery itself.

He said Tamarro insperatus is the first species identified from a bone found in the Pyrenees. Most are confirmed on the basis of their teeth. “Carnivorous dinosaurs tended to lose their teeth easily, but also regrew them quickly,” said Sellés Garcia.

After researchers put the fossilized foot bone under the microscope, they determined that this species would have grown fast and reached maturity quickly.

Sellés Garcia said this rapid growth is not unlike that of today’s ostriches, which are born very small but reach adult size far sooner than other large birds. “This is further evidence that birds and dinosaurs are close relatives,” he said.

The creatures “had a big brain and big eye sockets, which indicates that they were intelligent, and they had big eyes to adapt to their nocturnal environment,” Sellés Garcia said.

This specimen stood about 3 feet tall, stretched 3–6 feet long and weighed about 44 pounds — very thin and slender “with the appearance of a big ugly bird, like giant chickens, so we can dismiss the traditional notion of a dinosaur being a cold, disgusting reptile,” Sellés Garcia said. He believes it looked after its offspring after hatching between 12 to 20 eggs at a time. And, like ostriches, the males were likely in charge of incubating them.

@MLB @CDC Where is the data on how many COVID cases are showing up after the Texas Rangers played their season opener before a near capacity crowd (40K+) at their stadium? It's been over 2 weeks and I haven't heard a peep.
View on Twitter
0
0